Welcome to My Digital Resume!

Over 30 years of wide-ranging global experience in the international upstream oil and gas industry. From new ventures and regional exploration, to field appraisal and full-scale field development. A game changer with an upbeat, enthusiastic approach to problem solving, a lateral thinker always able to find new avenues of thinking, translating advanced technical thinking to business success. 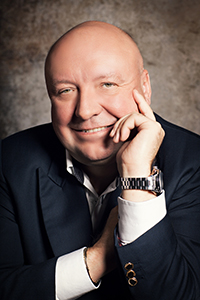 "So often, over the history of the oil industry, it has been said that technology has gone about as far as it can and that the “end of the road” for the oil industry is in sight. And then, new innovations dramatically expand capabilities. This pattern would be repeated again and again."

Kolarsky Development Consulting (KDC) is a multi-faceted consulting business that has been in existence since 1998. Its main business streams include:

Its oil and gas projects are carried out by me with associates brought in on as-needed basis.

Here are some of the projects I executed under KDC:

Awarded the first prize for technical excellence in preparing an asset evaluation and work program bid in the 2020 Nigerian licensing round.

Handled technical due diligence work on asset acquisition deals in in Kenya, Tanzania, Thailand and Myanmar.

Managed exploration projects on licenses in Romania and Germany. Handled technical due diligence work on the acquisition of Regal Petroleum Ukraine.

Field appraisal and development work in the Gulf of Mexico.

Mapped new ventures exploration acreage for a licensing round in the Czech Republic and Poland.

The University Of Texas Institute For Geophysics

Regional sequence stratigraphic and plate tectonic studies of the forearc basins in Costa Rica and Panama.

Work was integrated into the larger plate-tectonics reconstruction project being carried out by UTIG (POMP, later PLATES).

Examples of My Work

CLICK HERE TO SEE
Page will open in a new window.

Software I Use (or Used)

The University of Texas at Austin

"Where oil is first found, in the final analysis, is in the mind ..."

My Geology Adventures And More

CLICK HERE TO SEE
Page will open in a new window.

"Whoever controls oil controls much more than oil."